Attend “Space 4 Cycling” workshop in Leicester. S4C has some new funding and is being relaunched by Cycling UK. It’s an opportunity to look at Leicester’s new cycle infrstructure. There’s certainly a lot more cyclists moving around the town than there is in Huddersfield. Very pro cyclist mayor I hear.

Workshop brought campaigners together from all over the country. Strong contributions from Cambridge and from Roger Geffen. One important important memorable discussion for me was that we agreed that where a scheme couldn’t be fully implemented we –as campaigners – should agree to settle for something less but make it plain that it is only an interim solution. (Lesson for Trinity Street – see below) 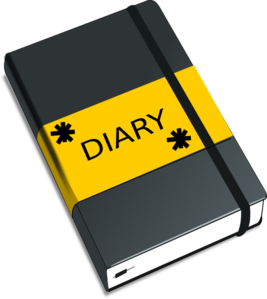 Kirklees Council unable to elect a leader and is now being run by an executive.
It is bad timing that we wanted to discuss Trinity Street with Cllr McBride after his rejection of the plans for Trinity Street

Meeting with Kirklees Highways to discuss revised plans for Trinity Street.
We agreed a compromise. The original infrastructure is – for the most part – to be put in place, but cyclists for the moment will have to rely on a two-stage crossing of the ring road using a toucan. This allows for inexpensive changes of the traffic lights in the future (when we can get the political support).

We’re currently having difficulties establishing relations with the University, Greenhead College and Kirklees College. Agreed to wait until Campaign Group is established before pursuing this further.